Bruntwood SciTech, a partnership between Legal & General and Bruntwood, announces that it will partner with the University of Manchester to deliver ID (Innovation District) Manchester, a new £1.5bn innovation district across four million sq ft in the centre of the city 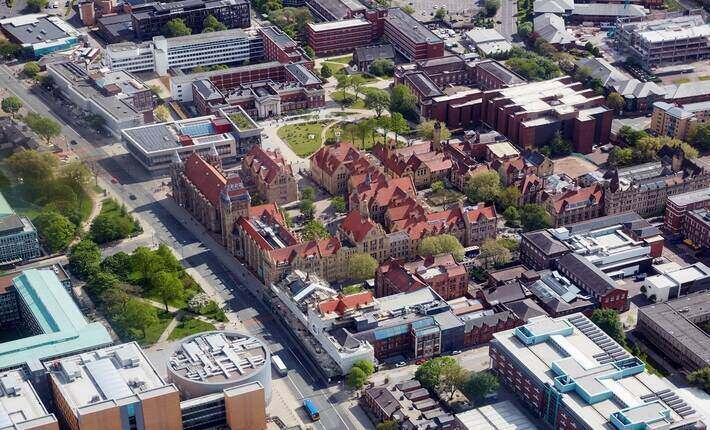 As part of ambitious plans to make Manchester the heart of innovation in Europe and accelerate the dissemination of the world-leading research and development spinning out of the University, the mixed-use scheme will include offices, hotels and 1,300 homes, close to Piccadilly Station. The development will also include the largest public space in the city.

The scheme will operate as an exemplar in urban regeneration, setting new benchmarks for mixed-use, net-zero carbon development. Delivered over a 15-year period, ID Manchester will support the growth of the UK’s science and technology infrastructure, creating 10,000 full time jobs and facilitating the commercialisation of knowledge, ideas and innovation generated from one of the world’s leading universities.

ID Manchester will be designed to provide space for organisations of all sizes across a range of scientific sectors, with a particular focus on biomaterials, advanced materials, digital technology and health innovation, all research specialisms of the University of Manchester, nurturing the next generation of game-changing businesses and bringing huge economic benefits to Manchester and the UK.

ID Manchester forms Legal & General’s 9th significant urban regeneration scheme, having invested billions of pounds in partnerships with universities such as Oxford and Newcastle and Local Authorities in areas such as Cardiff, Salford and Sunderland. Legal & General is using its varied capital streams, from start-up funding to long-term UK pension money, to reshape the urban landscape; providing the significant investment needed to help cities adapt, change and innovate.

As the UK’s leading creator of innovation districts, ID Manchester will increase Bruntwood SciTech’s network of science and technology assets to 2.5m sq ft, which includes Alderley Park, the UK’s largest single-site life science campus and a terrific life sciences showcase for the North West incorporating both research facilities and a venture capital infrastructure to allow companies to grow.

"Universities are a key driver for the growth of cities, acting as a magnet for talent and incubator of growth and innovation. They have an integral role in shifting the dial for future success. This partnership is a unique opportunity to invest in, and develop, a significant, long-term and patient capital project that is economically viable and socially useful. Supporting  the government’s “levelling up” agenda, it embodies inclusive capitalism in one of the UK’s strongest regional cities, as we build back better and help create a more inclusive post-pandemic society"

"The journey to find our joint venture partner to work with us on delivering ID Manchester has been hugely rewarding for everyone involved. The quality and calibre of the submissions we received was truly outstanding and I would like to extend our gratitude to those who were unsuccessful. Innovation is a core theme for the University as we enter our third century. The opportunity afforded by ID Manchester will provide more chances for our research to have an impact on the real world, will be a place where we address the challenges facing the world in the 21st century and explore new ideas to improve the health, wealth and happiness of our fellow citizens. Bruntwood SciTech shares many of the same values and principles as the University of Manchester and throughout our detailed discussions with them, their commitment and approach to sustainability, inclusivity and collaboration aligned closely with our vision for ID Manchester. We look forward to working together to create an outstanding innovation district which will play a large role in helping the UK to build back better."

Professor Dame Nancy Rothwell, President and Vice-Chancellor of The University of Manchester

"From the splitting of the atom to the first isolation of graphene, Manchester has been at the forefront of global innovation. The ambition to create an innovation district of this size and scale will help transform the UK’s knowledge economy and cement the UK’s status as world leader in science, technology and engineering. Working in partnership with the University of Manchester, we will create a global exemplar that will support national and international investment into science and technology, creating new pathways for the translation of research, and new cultures for enterprise. It’s also an opportunity to build something with purpose and a social conscience at its heart from the outset. ID Manchester will champion a more progressive and sustainable model of economic growth, one that works for all people and the planet. To be selected to deliver a project of such scale, ambition and international significance is a privilege and we cannot wait to get started."