Hybrid working must be key to Government plans for regeneration and growth, says new report

Post Pandemic Places, a major new report from cross-party think tank Demos, commissioned by Legal & General, has found that huge increases in home working, coupled with a desire for continued flexibility, could support significant increases in local spending. On the back of the findings, Demos and Legal & General are calling on the government to incentivise the establishment of more local offices and hybrid-working initiatives.

According to the new research, 65% of the working population were forced to change their place of work during 2020 as a result of the pandemic. Of these, 79% want to continue to have some form of remote working in future. However, the findings - taken from a large, nationally-representative poll of 20,000 adults - indicate that a desire to work remotely is not necessarily the same as wanting to work from home all of the time. 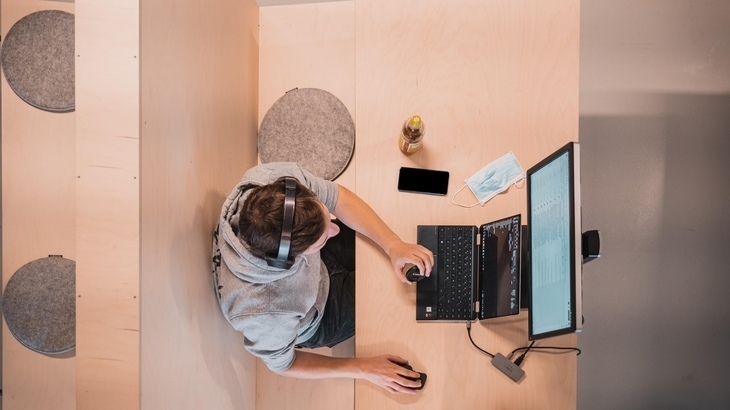 Relatively high levels of support were recorded for ‘local desk space’. This was particularly stark among younger people, with one fifth of those in their twenties rating it their top priority for employment premises in their locality. When asked how people were intending to spend their money once the restrictions were over, the research found that 36% of people plan to spend more money locally than they did before the pandemic. Among people required to work from home, this rose to 47%.

Building on this trend, the report suggests there is an opportunity for government and business to support more hybrid working and flexible local desk space, to give people the flexibility they want and also make progress on the 'levelling up' agenda, by spreading spending power across a wider geographic area.

Historically, investment in landmark regional offices has been shown to drive major regeneration and economic growth; supporting job creation, increases in daytime footfall and driving spending towards local high streets. This has been demonstrated through HMRC’s Government Hubs programme, which has seen the establishment of eleven new regional offices across the UK. In Cardiff, for example, the ‘Central Square’ Hub – forward funded by Legal & General – formed a pivotal role in the city centre’s transformation, supporting an estimated increase in economic wealth of £1.1bn over 10 years. Demos and Legal & General are, therefore, encouraging government to continue to lead the way in providing similar local office space for their workers, particularly in areas with lower economic activity.

As a result of its findings, Demos is calling on the Government to promote remote working as a regeneration tool. An example would be introducing employee tax incentives, such as ‘remote-working vouchers’, similar in design to the current childcare voucher scheme.

Demos is also calling for:

"Throughout the pandemic, an overwhelming number of people were forced to change the location they work in, whether they were required to work from home or furloughed. But for those people, as our new report out today demonstrates, they’ve built a new-found relationship with their local area that’s here to stay beyond the pandemic.

This major shift to remote and flexible working has led to a desire for spending more cash and more time locally. In other words, flexible working has the opportunity to make local areas thrive beyond expectations. This presents an opportunity for Government to actively support hybrid working, not just because it’s what people want and because of its long-understood potential to narrow the gender pay gap, but also as a key tool for local regeneration."

Kitty Ussher, Chief Economic Advisor at Demos and author of the report

"Covid-19 has driven major change to people’s lives and global economies. Our ideas around what we need from our homes, workplace, and communities have been challenged. 25% of our workforce were already “agile” before Covid-19 and the trend toward flexibility has accelerated. Remote working remains popular with some and is driving a desire to spend more time and money locally. But people also miss the buzz and collaboration opportunities of the office, which support their personal wellbeing and development, and ability to drive ideas and innovation.

We now need to be creative in how we think about the future of the workplace. Not all homes are conducive to a good working environment and not everyone is able to work from home. As we ready ourselves for the post-pandemic world, bringing forward more flexible office and innovation spaces, in locations near to people’s homes, could be an important hybrid solution, complementing the return to office. Government and business now need to work together to incentivise the creation of the next evolution of workspace that drives up productivity, whilst helping to push spending power out across the country, driving forward regeneration and levelling up."